No, Your Dog Is Not Your Child!

No, a dog is not your child. My dog Jerry is a lot of things. He’s a cuddle monster who steals all the sheets at night. He’s also an expert tug-o-war player, a carrot lover, and a nap champion. But he’s not my child, and never will be. He’s a dog, and that means I treat him differently than I treat actual children, for everyone’s benefit (including his).

“I personally don’t love the term ‘fur babies,’” explains Phillip Tedeschi, MSSW, LCSW, executive director for the Institute for Human-Animal Connection. “I really want them to be able to be a dog or a cat, not comparable to a human child. In some cases, there are similarities, but there are differences too.” Observing and taking note of those differences doesn’t just keep our pets happy — it can help prevent aggression too.

We’ve all seen so-called “fur babies” riding down the street in strollers or trotting next to their pet parents, wearing halloween outfits that wouldn’t look out of place on a toddler. Sometimes, they’re posed on Instagram with ice cream cones, TV remotes, slices of pizza, or empty beer bottles with hashtags like #sundayfunday and #caseofthemondaze.

These pets usually look happy enough. Their tongues are lolling out, and if you look closely, they may even appear to be smizing. But I can’t help but wonder, would these noble beasts’ ancestors regret first wandering into that warm circle of firelight for a bite of bison if they knew it would lead to wearing a striped onesie with a tail cutout?

You may be reading this with your dog’s Instagram account open in another tab, thinking of the hand-embroidered dog vest hanging in the coat closet. Maybe you’re even wearing a paw-shaped necklace. Let she who has not called her dog “My Little Fuzz-butt” throw the first stone. I also own a t-shirt that says “dog walks are my happy hour,” and have bought dog toys based almost solely on their aesthetic value.

This isn’t to say dressing up your pet like a person is unequivocally wrong, or that doting on your pup makes you a bad pet parent. But before you stage that perfect like-bait on Instagram, think of how the animal beneath the costume feels.

Tedeschi prefers to treat his pets like their own, unique members of the household rather than just another one of the kids. “I think, in some ways, many people could have a deeper relationship with their pets if they allow an animal to be themselves,” he explains.

Think about all the decisions you make for your pets. You decide when they eat and what goes in the bowl. The placement of those bowls, their beds, and even which toy they play with is up to the humans, too. But Tedeschi explains that animals have preferences just like we do, and not paying attention to their subtle signals can have disastrous ramifications.

“We tend to force animals to do things that they don’t want to do,” he says. “And we often ignore signs of distress or in worst-case scenarios, see problems like unexpected bites. It’s not that we have an aggressive animal, it’s that we have an animal who’s advocating for itself in the best way it can.”

“We tend to force animals to do things that they don’t want to do,” he says. “And we often ignore signs of distress or in worst-case scenarios, see problems like unexpected bites. It’s not that we have an aggressive animal, it’s that we have an animal who’s advocating for itself in the best way it can.”

“When we’re really observant of the animals in our lives, we get information about what they prefer, what’s comforting for them, who they enjoy meeting on a walk, those sorts of things,” Tedeschi explains. “That doesn’t always mean they get their way. In any healthy relationship, we have to negotiate, but we should at least recognize they have an opinion.”

And that communication goes both ways. If you’ve caught your pup staring at you out of the corner of your eye, they’re not just trying to Jedi mind trick you into an early dinner. A dog can detect changes in your facial expression down to 1/16 of a millimeter, making them acutely aware of changes in your emotions. You may be able to tell your partner you’re “fine” when really, you’ve had the worst day in the history of the workplace. That won’t fly with your dog. They know the truth, because they’re watching you carefully, ready to come to your rescue at the slightest sign of foul weather.

A truly good pet parent will pay their pups that same courtesy. 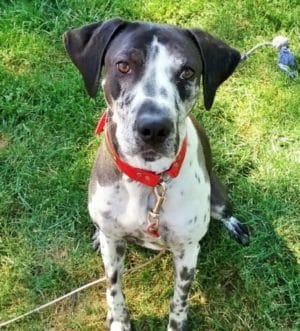 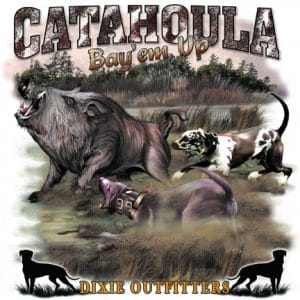 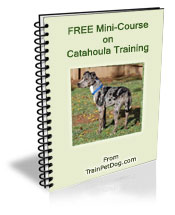